Gordon Lightfoot: If you could read my mind 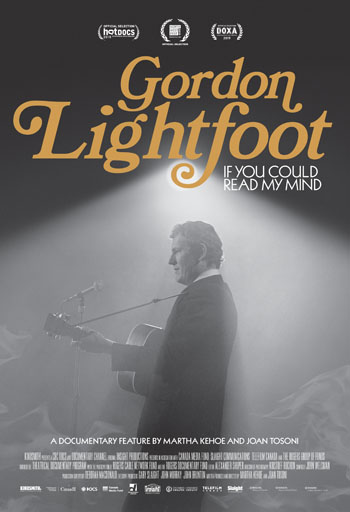 GORDON LIGHTFOOT: IF YOU COULD READ MY MIND

Virtual ticket for GORDON LIGHTFOOT: IF YOU COULD READ MY MIND is $6.99 CDN. It is for a 5-day rental.

“You don’t get to 80 years old – especially in the Canadian music industry – without a few stories.” – Chris Knight, NATIONAL POST

“Gordon Lightfoot: If You Could Read My Mind is pure gold.” – Anne Brodie, WHAT SHE SAID

Produced, written and directed by Martha Kehoe and Joan Tosoni, Insight Productions’ feature documentary Gordon Lightfoot: If You Could Read My Mind is an exploration of the career, music and influence of legendary Canadian musical icon, Gordon Lightfoot. With unprecedented access to the artist, the film takes audiences from high school auditoriums in straight-laced, small town Ontario in the 50s to the coffee houses of Yorkville and Greenwich Village in the 60s, through Lightfoot’s turbulent, substance-fueled arena shows of the 70s, and finally to the artist in present day.

The documentary features interviews from many notable voices in the music industry including Lightfoot peers Ian and Sylvia Tyson, Randy Bachman, and Steve Earle; famous fans Alex Lifeson and Geddy Lee from Rush, Alec Baldwin, Anne Murray and Sarah McLachlan; as well as behind the scenes stories from members of his longtime band. Following Lightfoot’s evolution from Christian choirboy to troubled troubadour to international star and beloved Canadian icon, Gordon Lightfoot: If You Could Read My Mind is an intimate and emotional examination of the artist’s profound relationship to his music and his Canadian roots.

Thank you for your support. Enjoy!