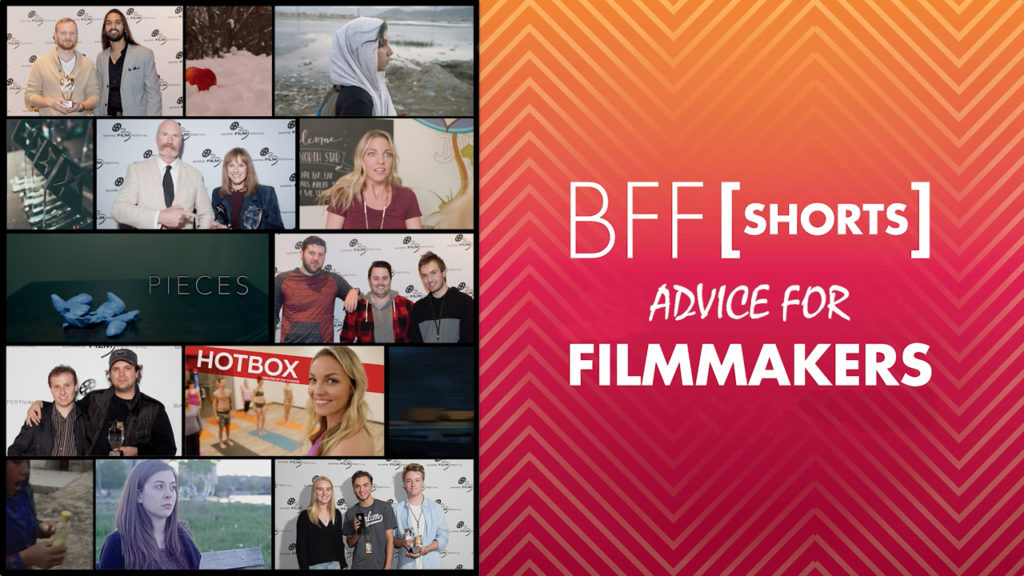 For over 19 years we have been hosting our Short Film Competition with a Showcase of selected entries and Awards Ceremony during our annual 10-day fall festival. This is one of our most anticipated events of the year with filmmakers from around the world submitting to our competition. We are always amazed and filled with awe at the high level of short films we receive. Thankfully we have a committed Jury panel who watch all submissions and who narrow down to a stellar list of films for our showcase.

In anticipation of this year’s competition we are so pleased to present The Filmmakers Series, a collection of short videos highlighting filmmakers who have participated in our past competitions and who have continued with film production. In this first instalment we have 5 incredible filmmakers from Simcoe County and one from the GTA. Each of them have wonderful advice and words of wisdom from their experiences to share with anyone who has ever considered jumping into the realm of filmmaking.

Through The Filmmakers Series we celebrate the successes of past winners by shedding a spotlight on their talent to nurture local pride in their accomplishments, to allow the filmmakers to share their stories, to speak to the importance of festivals and to touch on how the Barrie Film Festival has helped them on their journey. Amazingly, one of the filmmakers won our People’s Choice in 2011and has gone on to be an award-winning Canadian producer, writer and director with his work being featured on the international stage.

We were very excited with the final result of this series and enjoyed working with the film production crew and having the filmmakers return to reflect on their Barrie Film Festival experience.

Special thank you to the County of Simcoe who funded this project, and to Phillip Daniels from Travesty Productions who oversaw the production and crew.

A little on our Short Film Competition;  this exciting program presents a selection of short films submitted by regional, national and international filmmakers. This is a juried event and official selections are publicly screened as part of the Barrie Film Festival’s annual Short Film Program Showcase. The selections are eligible for prizes awarded in various categories. This year the Showcase will be held on Saturday, October 19, 2019.

To submit your short film to this year’s Barrie Film Festival: https://barriefilmfestival.ca/programs/short-film-competition/

To view each of the videos, please visit our YouTube Channel: